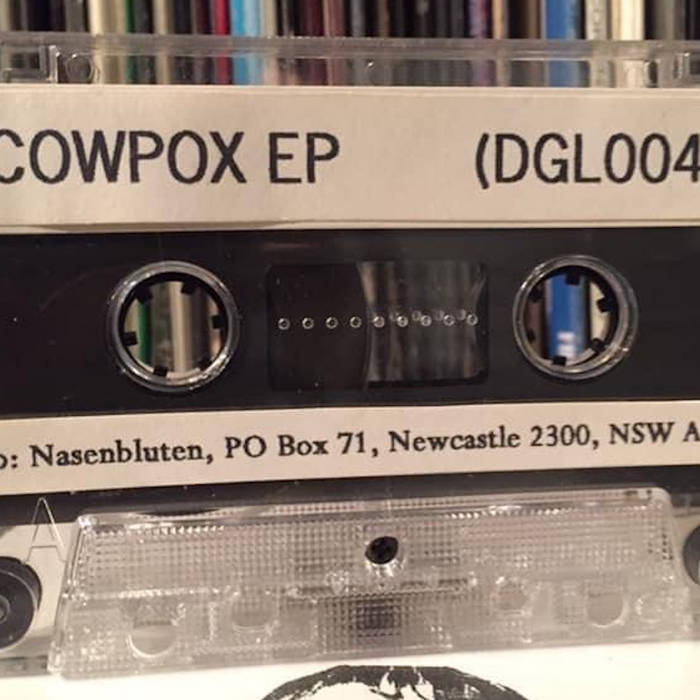 Ear of the Beholder

This is the fourth in the series of dEAdGirL limited cassettes by Nasenbluten that were released in extremely limited quantities throughout 1993 & 1994. Each of these limited cassettes contained various demo versions of Nasenbluten tracks, various works-in-progress, fillers and brief experiments - some of which ended up becoming a part of the longer Nasenbluten cassette album releases on dEAdGirL. The DGL series was a quick and easy way to round up and expose new work to anyone who regularly bought the Nasenbluten cassettes from C&C Records - and offered a preview of what might be on the next full-length cassette album.

The DGL tapes were dubbed over the top of various major record company promo cassettes, which originally featured everyone from Kyuss to Phil Collins. No serious major-label artist was too good for our erase head. The cassettes were put on the shelf at C&C Records in Newcastle throughout 93/94 and money from sales was used for a variety of mundane purposes, including - in one instance - to pay for a parking ticket received while actually delivering a handful of DGL cassettes to the shop. Those were the days.

DGL004, The Cowpox EP features a bunch of Nasenbluten demos, works-in-progress and experiments, all written and programmed by Lubinski. This cassette dates from June/July 1993, and appears to be a precursor to the ‘You’re Going To Die’ cassette album released later in October that year.

‘God Loves You Honey’ kicks off proceedings, and exists here in its full, final version (with bonus added pro-abortion sheila on the intro). This track also turned up in the ‘Live At Wobble’ live set recorded in late July 1993, and finally made the track list of the ‘You’re Going To Die’ full length cassette released in October.

‘Missing You (Demo Version)’ was edited down into a more concise, final version which became the side B opener on ‘You’re Going To Die’. The classic Lubinski random-sampling of local station 2NUR-FM brings us someone who sounds like your uncle working himself into a mild lather about Bing Crosby.

'Untitled' is a quick and dirty one-off experiment featuring a load of 2nd generation breakbeats (supplied from Newlands' record collection) which are then unceremoniously ratcheted up, crashed together and blown out to buggery - Amiga style - for no reason other than to see what happens. It's funny to think that 'breakcore' existed this early-on in the piece without any accompanying cabaret or government grants isn't it? How quaint!

‘Hot Cross Buns (Original Full Length Version)’ exists here in its original long, slow experimental version, based off an AM radio glockenspiel sample originally harvested by David Melo. Almost the complete stylistic opposite of some of the ‘hardcore’ material on this tape - the track was cut right down and shoe-horned in at the end of Side B of ‘You’re Going To Die’, with samples scratched over the top of some poncy old geezer from a tennis tuition record. ”Well boys… that’s given you a lot to think about!” Corrrr!

‘Complex (Demo Version)’ sounds like a prototype version of the track which appeared in two parts earlier in 93 on the ‘Transient Ischemic Attack’ cassette (Nasenbluten’s first). This version is devoid of the breakbeats and extra samples which permeate the TIA versions.

‘Adversary’ was never properly released, and remains a unique cassette curiosity of the time.

‘Holy Arse (Demo Version)’ is a prototype of the full version which was released on the ’You’re Going To Die’ cassette, and then committed to wax in a slightly updated version 4 years later in 1997 on Nasenbluten’s Strike Records release ‘Cheapcore EP’ (STRIKE020). The track features many samples from Lubinski's modular synth setup, strained through an Amiga and collided with a toothpaste TV ad voiceover.

‘Cancer (Demo Version)’ was a short experiment which was never properly finished or released. Sampling a chunk of the Madness pianos from ‘It Must Be Love’ (which was probably on the radio randomly that afternoon) and marrying them with Amiga sub-bass, bass drums & a chopped breakbeat - Lubinski must have realised that this track had all the hallmarks of the sort of artistic abortion which that sheila at the start of 'God Loves You Honey' would have approved of.

DGL004 is a series of Lubinski '93 Amiga experiments, of which some had longer legs than others. It's been captured here direct from a 'retail' copy of the cassette originally sold through C&C Records, and kindly supplied by Newcastle resident BF collector Jason Gillett. There are some tape dropouts and sonic artifacts, but some of the excess hiss has been reined in post-capture. It's free to download but if you feel like throwing some cash our way it will be swiftly urinated away with aplomb.